Sermons > Sermon on the Mount: Divorce

Sermon on the Mount: Divorce 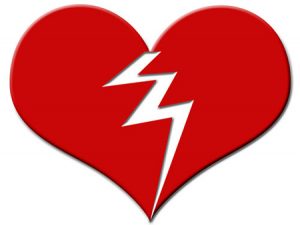 On Sunday, July 15, we will continue our series that is based on Jesus’ Sermon on the Mount (Matthew 5-7).

In Matthew 5, Jesus is responding to a debate between two Jewish schools of thought.  Followers of one Rabbi, Shammai, believed that divorce should only be allowed in extreme cases of indecency.  Another group, follower of the Rabbi Hillel, believed that divorce was permitted for almost any offense, so long as the husband lawfully informed the wife of the divorce, and released her from her marriage commitment.

Jesus indicates that divorce is not a matter to be taken lightly.

Jesus’ words resonate in today’s world.  Even though the divorce rate in America seems unacceptably high, and even though most people know someone who has suffered through a divorce; divorce hurts.  If you ask almost anyone who has endured a divorce, they will indicate that there was pain associated with the dissolution of a realationship that they thought would be permanent – even if there were understandable reasons for the divorce.

In Matthew 5:31-32, Jesus continues His habit of causing His followers to consider the impact of God’s instructions, and to challenge them to live in a way that is in step with God’s teaching.